Reckoning were an alternative 90s rock band from Adelaide, Australia.

Pretty popular in our day, Reckoning lasted from 1993 until the inevitable implosion in 1998. During this time we released 3 Cds and a few cassettes (!), and played all manner of awesome (and not so awesome) gigs.

“….reckoning display all the qualities of artistic integrity….” Rolling Stone

CDs included “The Future Is Stupid“, “Weird Kids” and “The Symbiotic Sounds of Reckoning“. The last CD also featured tracks from our previous cassette releases, including our acoustic stuff.

Check out the online reckoning store where you can download most of Reckoning’s recorded archives.

Maybe one day we’ll put up a full list of all gigs, I think Matt may have this actually, but meantime the most amazing experiences that linger in mind are supporting all manner of ’90s indie-rock legends like The Clouds, You Am I, The Mavis’s, Underground Lovers, Ed Kuepper, and The Hummingbirds (there were no doubt others but stuffed if I can remember now).

As for our own gigs, well they were the best fun of all. At first, of course, nobody but our mates came along. Then even our mates stopped showing up. Then bit by bit people started coming along until by 1995 we were regularly packing small venues like the Crown & Anchor Hotel to capacity (about 150 heads from memory), and upwards from there until we used to call the Adelaide Uni bar our home gig, as it was a nice big venue.

Then there were the CD launches. The “The Future is Stupid” CD launch was held at the Lion Arts Centre (called something different now I believe) and was a sell out. The “Weird Kids” launch at the Adelaide Uni Bar was insane, packed to max with 500 heads, plus we turned away another 300 due to no room left at the inn. The launch for “The Symbiotic Sounds of Reckoning” was slightly more modest, but the Uni Bar was still pretty full.

Anyway, that is all for now, please do join the mailing list using the form up to the right hand side. 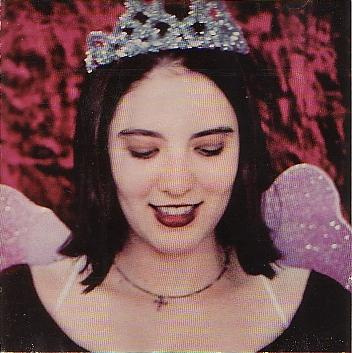